In the Marchesa showroom, you expect to see a few things: ruffles, 3-D flowers, and layer upon layer of floor-sweeping tulle. Spring 2020 was almost sleek in comparison, with its newly languid, curve-skimming lines. 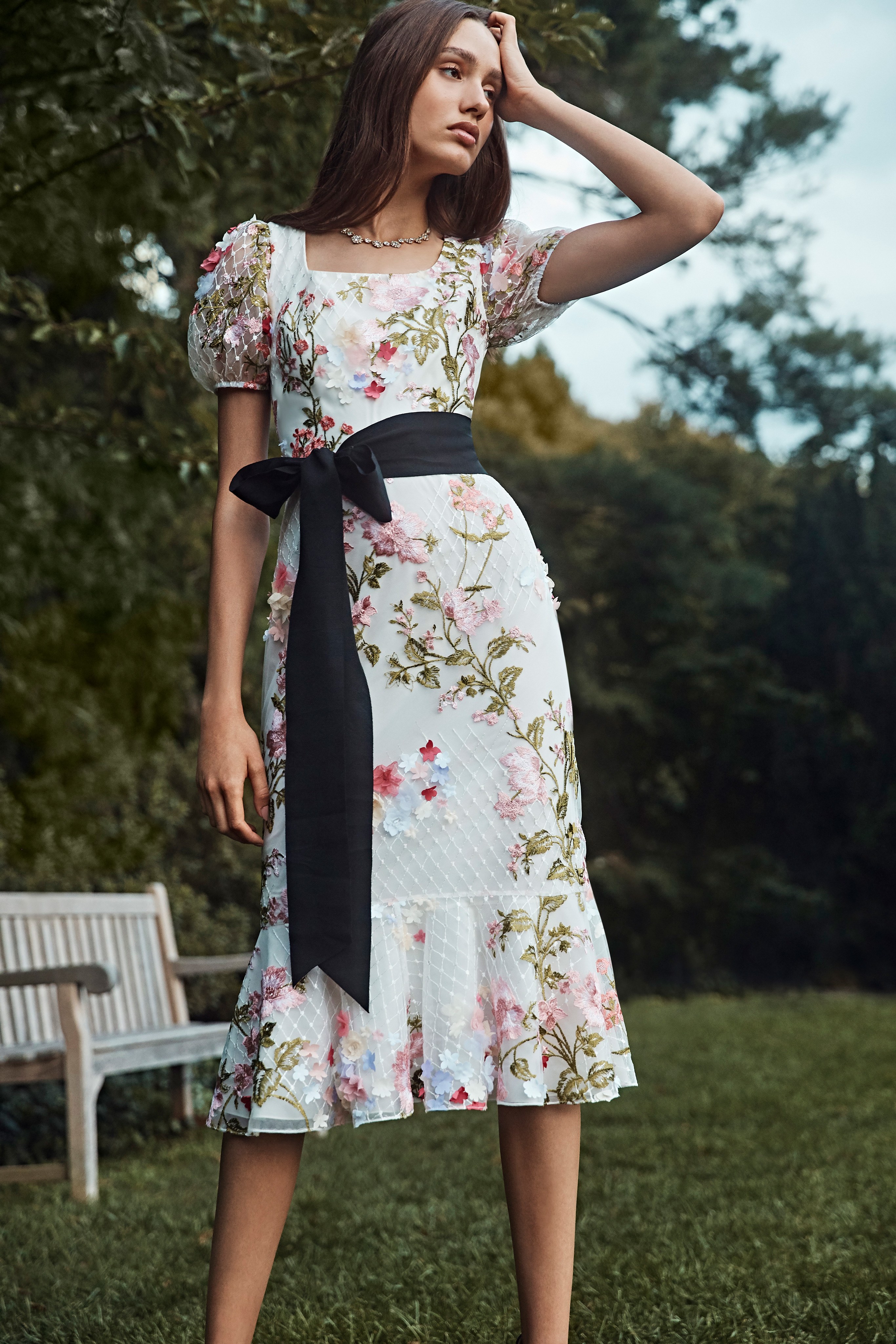 Georgina Chapman—now the solo designer of Marchesa, following cofounder Keren Craig’s departure this summer—found her inspiration in portrait photographer Ruth Harriet Louise, the only female photographer working in Hollywood in the ’20s. Her famous portraits of Greta Garbo, Nina Mae McKinney, and Joan Crawford were tacked on Chapman’s mood board and captured the freer, slimmer look women embraced at the time. There were other snippets of ’20s-era fashion, moody flower arrangements, and, of course, tons of Jazz Age glitz.

A few looks had sparkling trompe l’oeil embroideries, like the opening number: a sheer column covered in beads with a built-in satin shawl artfully draped around the bust. Another glittering “naked dress” appeared to have a black satin skirt knotted at the waist, but in fact it was all one piece. Other gowns simply felt lighter, as if they’d had some stuffing removed, such as the narrow beige column with fluttering marabou feathers and the vaguely Grecian sky blue dress with appliquéd flowers twisting around the torso.

Not every look was so streamlined—fans of Marchesa’s signature ball skirts will still find a few here—but the new direction felt refreshing and relevant. Chapman is attuned to women’s changing tastes, and many of them want something less fussy and traditional. One dress occupied a nice middle ground between past and present: an ombré gown with cascading ruffles.

From afar, it looked like many Marchesa dresses we’ve seen before, but peer closer and the edges were left unfinished and fraying. It lent a raw, unprecious quality to something quite familiar, and it’s a concept Chapman should continue to explore in the coming seasons.

NEW YORK — To showcase his spring 2020 collection at New York Fashion Week, Naeem Khan decided to stage a runway show in the lobby of a luxury condominium building designed by the starchitect Zaha Hadid. The futuristic building, with wrap-around glass windows facing the trendy High Line, was one of the last structures that Hadid [...]

Vivaldi Boutique's Fashion Show at The Tower Of Hope Gala

Vivaldi Boutique was honored to provide an informal fashion show at  Tower Of Hope Gala held at the Edison Hotel. The event honored Alan Alda, Malcolm Hoenlein and Dr. Myron Schwartz and was put on by the Israel Cancer Research Fund.  "Thank you David for tonight. You did a fabulous job. The fashions were dreamy and out [...]

Beautiful Gowns For Mothers Of The Bride and Groom

If you're a mother of the bride or mother of the groom looking for a gown for your special day, here are just a few examples of the beautiful gowns available at Vivaldi Boutique NYC. Click here to see our entire selection of evening wear for all occasions.

Mother Of The Bride Style Tips

As a Mother Of The Bride you are one of the most important people in the wedding party, and one who is going to shine in the wedding photographs alongside the bride and groom. With all this attention on you, what are the key things to remember when choosing your wedding outfit for the Big Day? Don’t [...] 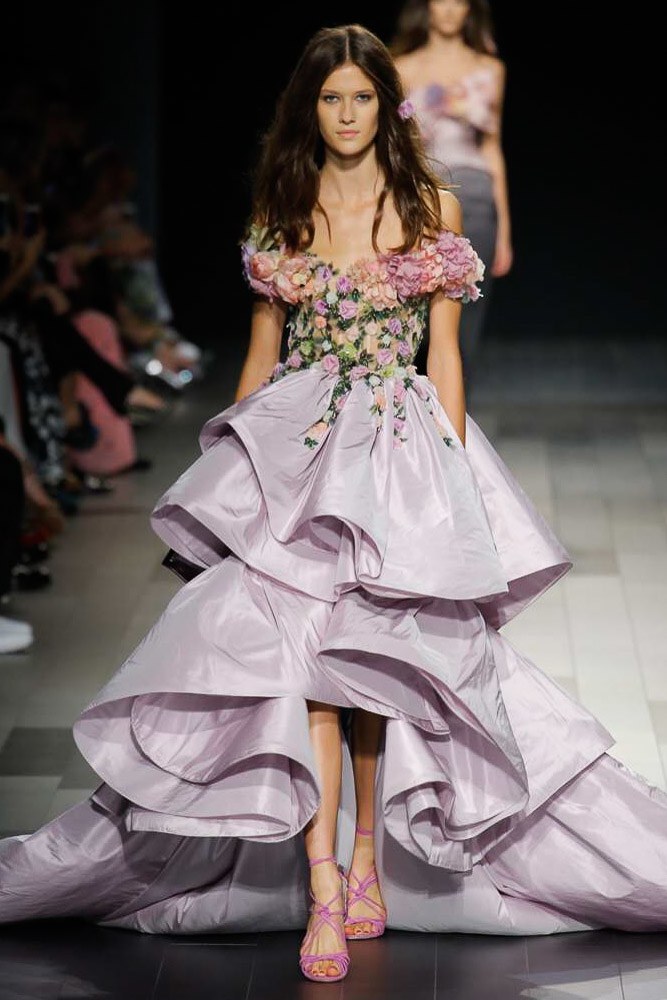 Georgina Chapman and Keren Craig continued to weave a Far East fairy tale at the Marchesa Spring 2018 Ready To Wear show. Last season, they cited China as an influence, and Spring ’18 took its cues from Aimée Crocker’s travels to Japan. In the 1920s, the famously eccentric explorer left everything behind to settle into [...] 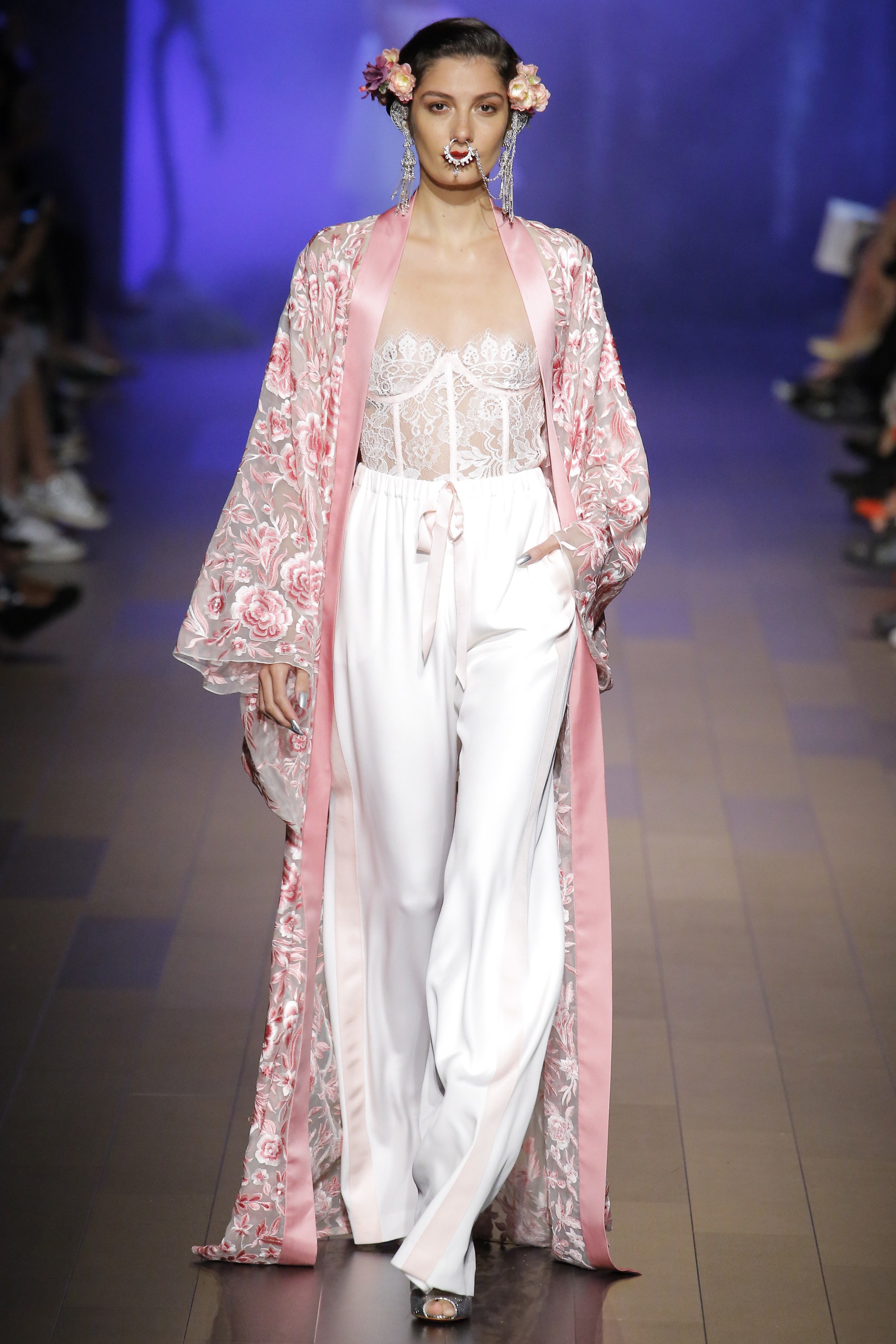 Vivaldi Boutique, NYC's Place For Upscale Women's Fashion, Has The Naeem Khan Spring / Summer 2018 Ready To Wear Collection Naeem Khan is never one for subtlety, and this season was about pumping up the volume even more on his opulent designs. The Spring collection came with a ton of looks on the runway, though Khan [...]

Courtesy of Trendstop Soft Comforts taps into the transseasonal trend and the growth of loungewear as cosy comforting textures are reworked for summer. Primary Games introduces sportswear influenced hybrids with an emphasise performance and innovation while Forest Blooms looks to the natural world as organic textures are refined and refreshed by spring foliage motifs.Soft Comfort Soft to the touch fabrications lend a comforting [...]