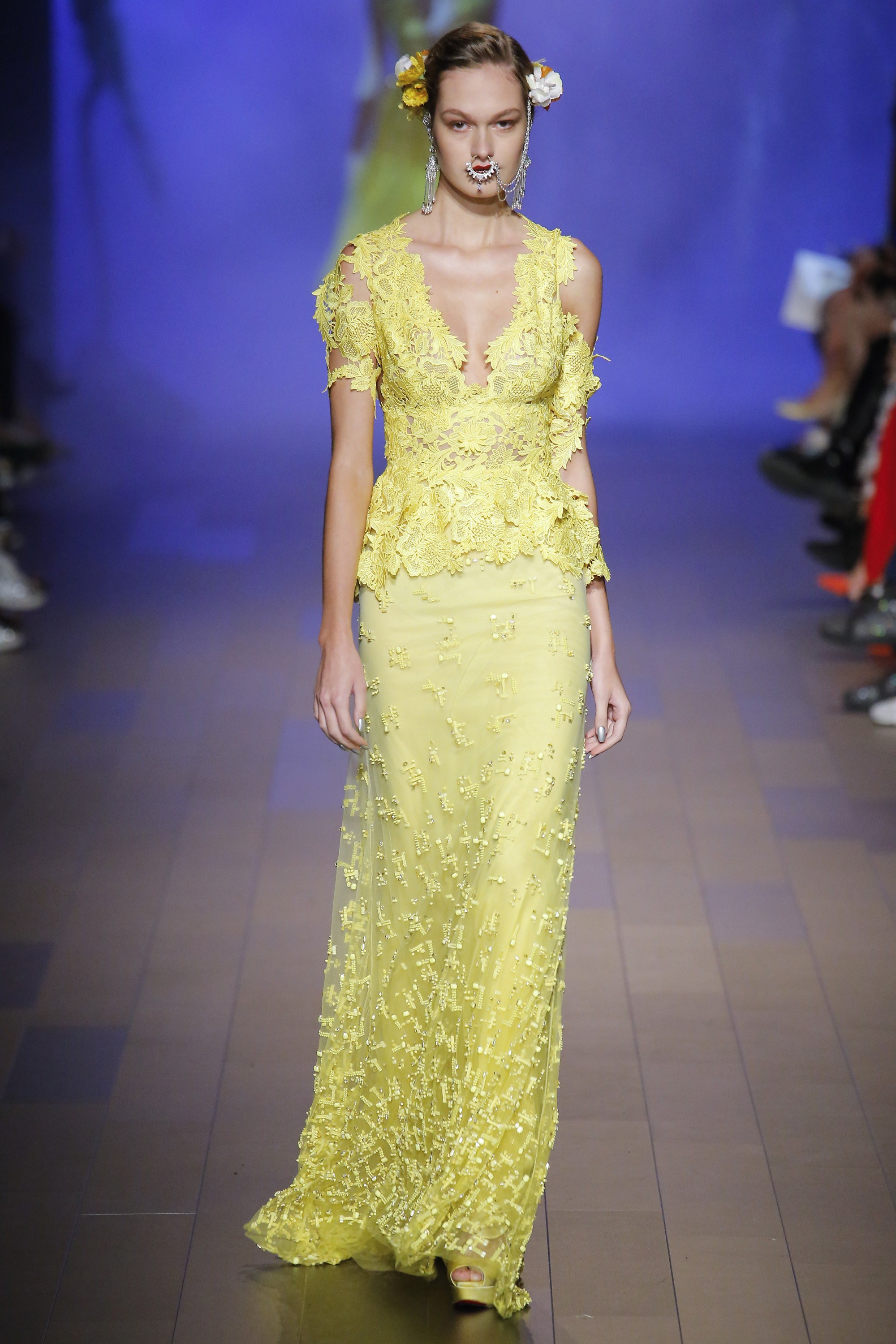 Naeem Khan is never one for subtlety, and this season was about pumping up the volume even more on his opulent designs. The Spring collection came with a ton of looks on the runway, though Khan said backstage that he originally had upwards of 130 pieces that he’d struggled to edit down. It was all part of the show, however, one that featured a Swan Lake–esque set with a fog machine and pounding music. In the front row, the always-fabulous Paula Abdul smiled and bobbed her head to the beat. Just down the row was former Laguna Beach star Kristin Cavallari. Now these may seem like odd bedfellows to find at a fashion show, but in a way they represent the spectrum of women who buy Khan’s clothes in the first place: the established icon who likes to try on a daring red carpet gown and the young, successful Hollywood personality who needs pretty bejeweled dresses for galas and hosting events.


This time around, Khan showed clothes for both of those customers and more. He was mainly inspired by famous Russian dancer Anna Pavlova, but also by a recent tropical vacation he took with a good friend who happens to be a princess. Go figure. With Pavlova and that sunny paradise in mind, the designer created ballerina-on-holiday–appropriate looks like drop-waist strapless dresses and tutu skirts made from tiered and fringed raffia. It was a dreamy lineup, but it was peppered with more wearable items, too, such as the white trousers with black striping down the sides and the striking black-tie version of a pajama set. The bouncy tea dresses and dazzling beaded and embroidered gowns eventually gave way to that finale moment of Khan pizzazz: an embroidered ivory ball gown with tiered raffia fringe. Even with a Spring collection that catered to those like Cavallari and Abdul and nearly every woman in between, that last look reminded everyone that no matter who he’s dressing, Khan is always a romantic—and a great showman—at heart.