Escada is an international luxury fashion group in women's designer clothing. The company has a presence in about 60 different countries. Its main sales markets are North America, western and eastern Europe, and Asia. 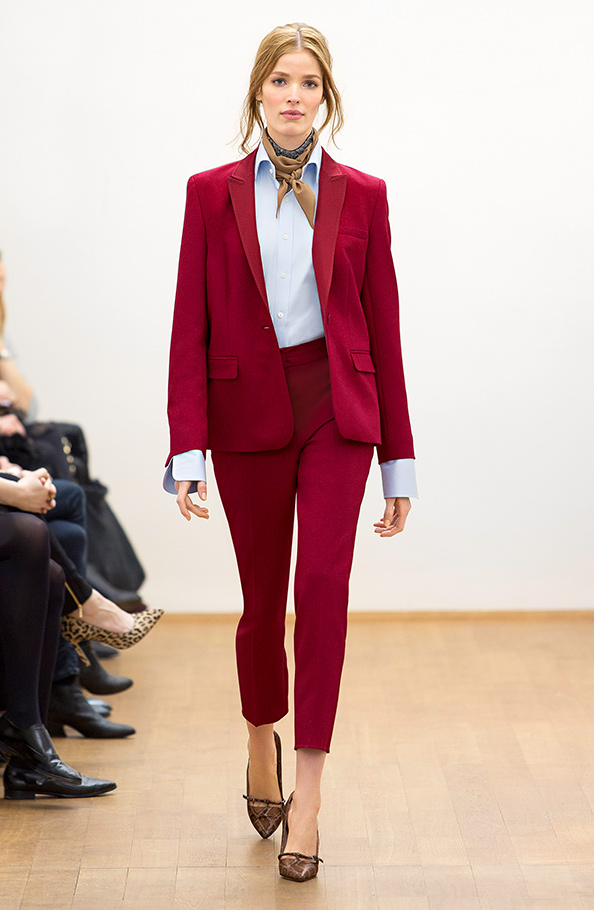 Escada was founded in 1978 by Margaretha and Wolfgang Ley in Munich, Germany. The company soon stood out, with its distinctive creations featuring unusual combinations of colors and patterns, exclusive embroidery, and elaborately designed knitted fashions. Escada saw a rapid upswing and continually extended its collections and its creative work.

In the course of its international expansion, Escada SE went public in 1986. In 1994 the company launched the Escada Sport label, established its own accessories collection including bags and shoes and granted major licenses, collaborating with such partners as Procter & Gamble.

In November 2009, it was acquired by India's London-based billionaire Lakshmi Mittal, whose daughter-in-law, Megha Mittal, is the owner and Director of the Board. She is married to Aditya Mittal.

On 20 February 2014, according to Women's Wear Daily, Bruno Sälzer will step down as CEO of Escada by December 2014.

One of NYC's top fashion boutiques and destination for woman's fashion and style, Vivaldi Boutique, located on the East Side of New York City, is a treasure trove of elegant women's wear for special occasions like weddings, bar/bat mitzvahs, galas, fundraisers, and other special events.

Our spectacular windows are a feast for the eyes and with unparalleled personal service and knowledgeable style consultants, we are so much more than just a fashion boutique. We give you insight into fashion trends, upcoming trunk shows, and show you exciting collections from the world’s top designers, including Blumarine, Escada, Rena Lange, Marchesa, Roberto Cavalli, Rene Ruiz, Naeem Khan, Catherine Regehr, Georges Rech, Patricia Bonaldi, Edward Achour, Tomaso Stefanelli, and many more. We also ship worldwide.